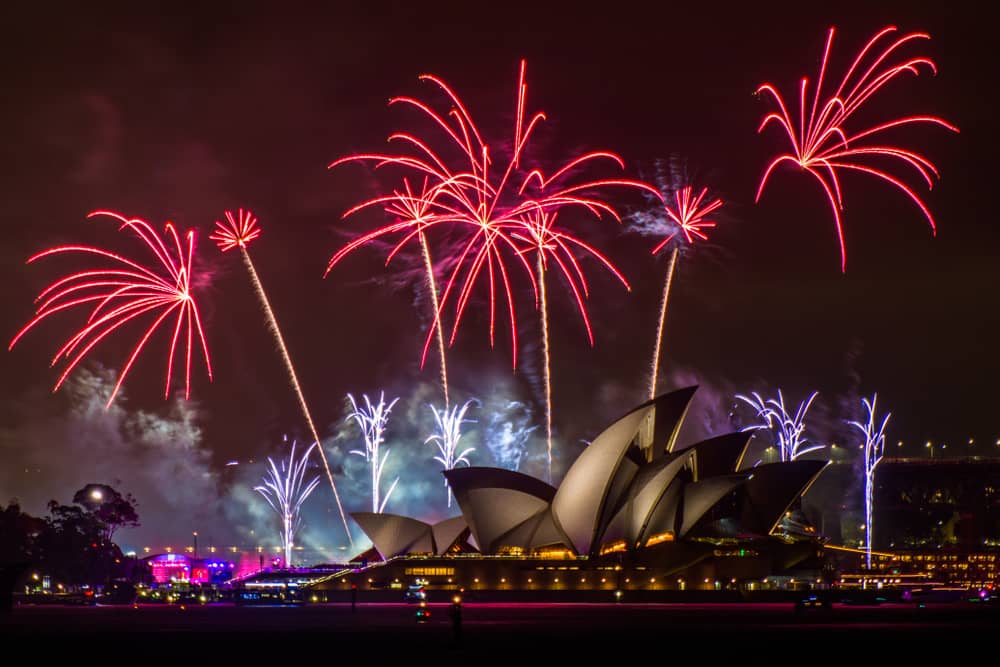 Tired of the same-old overrated and over-hyped New Year’s parties that can be under-whelming and borderline-mediocre? Then why not try something different this year. You could really make this New Year’s Eve more memorable by hitting up one of the best New Year’s Eve hot spots on the planet. From the most extravagant fireworks blasted across breathtaking backdrops to the most insane street parties or blissed-out beaches, here are the most magical globe-trotting destinations to help you countdown to the New Year in style.

Jump the line and be the first to celebrate by heading to Sydney, Australia, which is the first major international city to countdown to the New Year at midnight. Sydney Harbour’s firework extravaganza is beyond breathtaking and set against the magnificent backdrop of the Opera House and Harbour Bridge. The show-stopping display is watched by more than a million revelers along the waterfront shore. To take the experience to the next level, you can even get a front row seat at one of the waterfront restaurants, or hire a boat, pack your own champagne and count down to midnight in style. The added bonus is that it’s summer in Sydney, so you could take advantage of the city’s sprawling beaches, from Manly or Bronte to the infamous Bondi beach.

For a spectacular New Year’s countdown that you’re guaranteed to never ever forget, head to Hong Kong’s Victoria Harbour. At the stroke of midnight, you’ll be treated to a show-stopping pyro-musical display, complete with lasers, fireworks and choreographed LEDs exploding across the city’s dramatic skyline. You can get a front row seat to the display are from one of Hong Kong’s finest hotels like the Hotel Icon and Park Lane. Or if you want to soak up the ambiance, you can join the other revelers at the Star Ferry Pier (Tsim Sha Tsui) for an entertaining mix of theater, dance and circus performances.

For one of the wildest parties on the planet, you should really head to Koh Phangan, Thailand. Koh Phangan beach is home to the world’s infamous full-moon parties, which happen around Sunrise Beach in Haad Rin. The party gets started around sunset, and the madness lasts through the night, well into the morning, where you’ll be greeted by one of the most breathtaking sunrises on earth. Save some energy, as the party usually lasts well until the next day, and we’re sure you’ll have one of the most unforgettable nights of your life.